Complete IT Spend and Lifecycle Management

Complete IT Spend and Lifecycle Management 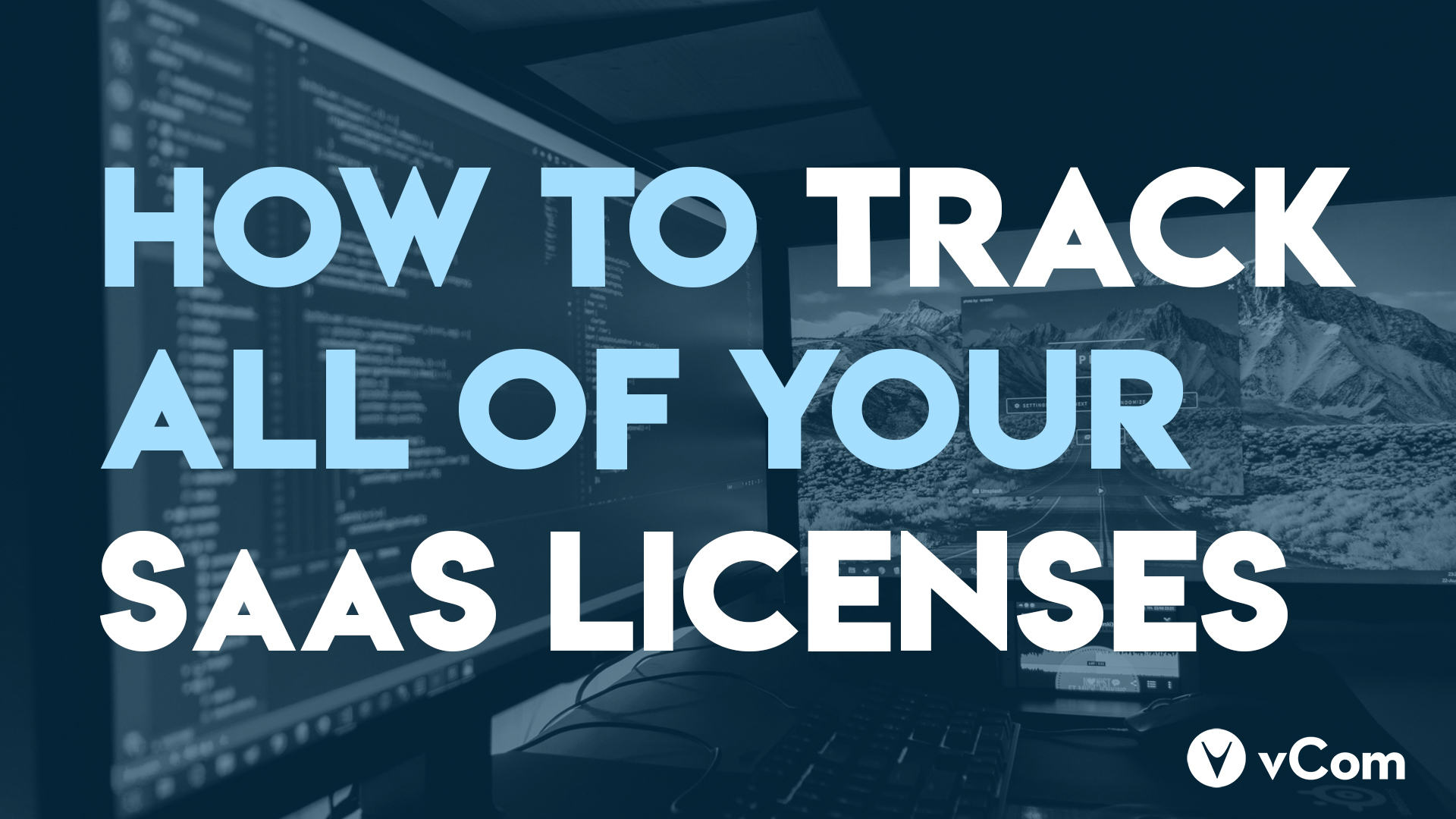 Do You Know Where All of Your SaaS Licenses Are?

[vc_row][vc_column width=”1/1″][vc_column_text]SaaS products are easy to sign up for, and even easier to forget about.  Here’s how to keep track of them.

With everything going Software as a Service, acquisition of licenses happens fast, and internally tracking them doesn’t always keep up.  Tell us if this sounds familiar: a department requires a new cloud service to improve their product. You acquire licenses for each of its team members, but over time there is a change in their staff.  Then they shift to a new SaaS platform – which you also acquire for them – while they slowly (and quietly) sunset the previous one. Flash forward a couple years, and you’ve been spending to upkeep licenses that haven’t been used in months.  It’s money lost that could easily have been saved had you known the answer to this question, “Do you know where all of your SaaS licenses are?”

Let’s dive in on how to go about discovering all of your SaaS licenses, and then what steps you can take to make sure you have 100% visibility on them moving forward.

How to Find Every SaaS License

In the old days, the IT department was needed to implement new services, usually because it revolved around intricate hardware installation or huge price tags.  Today, however, if an employee needs a service – and are under the pressure of a tight deadline – they can easily acquire a license to the SaaS of their choice and get on with their work.  No delays. No approvals. No oversight.

At this point, if you listen carefully enough, you can hear every IT manager reading this let out a collective groan.

Now before you assume that most employees don’t operate this way, the truth is this happens way more frequently than you might think.  In fact, according to Zylo’s 2018 State of Software Management Report, the usage of SaaS outside of IT’s purview is staggering:

The ease of adoption is just too alluring for employees to pass up. Why go through approval process when they can get what they need and move on? Unfortunately, this also means acquired licenses are easy to misplace, too.

Is this behavior wrong?  Yes. But is it understandable?  Yes. This accessibility to SaaS apps is a current you’ll find difficult to fight against. So, rather than try to swim upstream, your best bet is to establish a method to find all of these SaaS licenses before they become Shadow IT – or unused licenses you unknowingly still pay for.

Now that you know the main reasons for unauthorized SaaS licenses, the next step is sniffing out the clues they leave behind.  The best SaaS detectives will look at all of the places where licenses leave their mark, such as:

As you can imagine, this manual approach to tracking down SaaS licenses is very time-consuming, and still not 100% effective.  This puts many IT managers in a tough predicament, feeling as though the only solution to wrangling wild west usage of SaaS licenses is more work on their part.  Fortunately, a spend management tool, like vCom Solutions’ vManager, could help expedite your audit. Using vManager, you can easily track not only all of your SaaS contracts but everything IT, including network, mobile, collaborative, cloud, and hardware purchases.

Now that you’ve rounded up all of your licenses, the next step is making sure you don’t get put in that situation again.

From an employee’s perspective, their problem is quick accessibility to tools that help them do their job better.  Simply put, SaaS applications improve their situation without friction, so they adopt them – despite creating IT and finance problems elsewhere.  In this case, the question every IT manager should ask is, “How can I make the personal on-boarding of SaaS apps even easier and more enjoyable to employees?”  The answer to that question requires taking one step back, to the point when the employee first realizes they need a new solution.

When an employee signs up for a SaaS app, they do so after exhausting much of their own time researching and self on-boarding to the right product for their needs.  They bypass involving IT because they think it will slow down their work, but ironically, they bring their output to a halt in order to investigate and test the various platforms and apps in the marketplace.  This – the sourcing stage – is an opportune moment for IT to insert itself in the process, helping an employee make the best decisions by providing insight, expertise, and options, with the end result making everyone happy.  The employee gets to freely choose their services and continue on with their work, and IT gains oversight of any newly acquired licenses. And not only will you know which licenses are being acquired, but with a spend management solution such as vManager in place, you also have a simple and fast system of checks and balances to keep track of it all on the finance level.

It’s a win-win for everyone.

When it comes to knowing where all of your SaaS licenses are, it’s important to not be reactionary.  As an IT lead, it’s not about tightening the reins because things seem out of control, nor is it about having a defeatist attitude and always trying to play catch up.  Instead, adapt to this new SaaS-driven workflow by inserting yourself at the point where your expertise and guidance is most needed and appreciated – the sourcing stage.  By being involved earlier, you not only become an ally to previously IT-resistant employees, but you now set a foundation that helps you keep a record of your ever-growing library of SaaS licenses.[/vc_column_text][/vc_column][/vc_row]

The ‘Case’ for Law Firm IT Administrative Tracking

The ‘Case’ for Law Firm IT Administrative Tracking